Last week something very weird happened. It was no longer possible to delete a specific Business View. After selecting to delete the view, the view did not disappear, and was probably not deleted. But it was not accessible anymore.

In an effort to delete the view in another way, I tried to use BAMCommand. This brought me to the next discovery. The entire project reveals to ‘not exist’. So it is also not possible via BAMCommand to delete the view. Worse yet, it’s not only not being able to delete the view, but where I now suffer from too, is that an export of the entire project is not possible anymore. The whole project seems not to exist anymore. But I can see it and use it??? As a result of this issue I came to the conclusion that the project is lost. But I need it as a product of this blog series(Impact of ACM Implementation on BAM) and because I don’t have a recent backup unfortunately, I decided to recreate it. Strange as it is, however, the project is still available in BAM so I could use it during the rebuilding. After the rebuild I tried to delete the entire project (including the corrupt view), but this was also not possible. The following error message popped-up.

So I leave it for what it is.

Today something similar happened again. A Business View became corrupt and again I could not export, delete or do anything else with the project. I think I now also know what caused this problem. During maintenance of my system I have deleted some unused projects. Hereby I chose also by mistake my new BAM project. By the time I discovered that I selected the wrong project I clicked the ‘Cancel’ button to interrupt the delete action. But it was too late, a view and the project were corrupt.

But luckily I now had a recent backup available. However, importing this backup was not as easy as expected. The corrupted project sat in the way of the import, and renaming all the objects in the project (because they all contain patch references) is also not that easy and fairly error-prone. Fastest solution was restoring a recent backup of my virtual machine and then update the project with the backup. And so be done.

As we all know: make sure you get a good backup. And with these experiences I can’t stress enough that it’s for a BAM project certainly very important.

Unfortunately these problems will cause a delay in the publication of my other BAM posts. The Business View post I had promises for last week is for this reason not yet published. I expect to publish it next week. 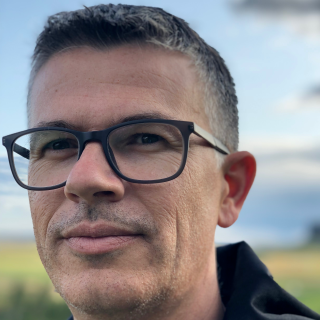